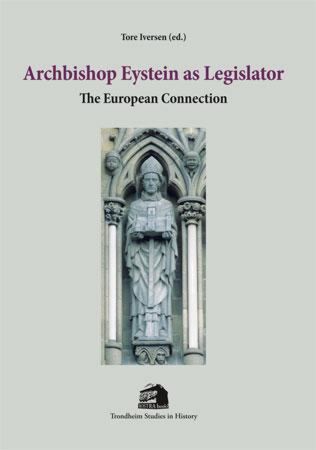 Se flere produktegenskaper
339,-
This book is the result of a workshop at NTNU, Trondheim (2008), which gathered a group of experts on mediaeval legal history in order to examine the legislative work of the Norwegian archbishop, Eystein Erlendsson, with major emphasis on European influences and connections. The focus on the European context offers a new approach to the study of Eystein's efforts. New structures of governance and emerging urbanization in Western Europe offered basic conditions for an expansion of new learning in the 12th Century, and initially the Church played a major role in the process, although, gradually, universities took over as scholarly centres. New legal studies originated in the School of Bologna and spread to France, Rhineland and England. Indeed, a centre of legal studies developed in Lincoln, which may have been of great importance to Eystein and his circle. The archbishop was inspired by the new ideas, and obviously he initiated a kind of 'Programme of Europeanization' of the Norwegian kingdom, including legislation, in the latter half of the 1100s. Even though 'Europeanization of legislation' was an elite project it seems that it was shaped by Norwegian social conditions and thus, adapted to Norway's own needs. Contributors are Peter Landau (Germany), Anne Duggan (U.K), Martin Brett (U.K), Sverre Bagge (Norway), Anders Winroth (U.S.A), Tore Iversen (Norway), Roman Hankeln (Germany, Norway), Torgeir Landro (Norway).
Flere i samme serie.
Merk produktene som skal legges i handlekurven