The history of the Barents region 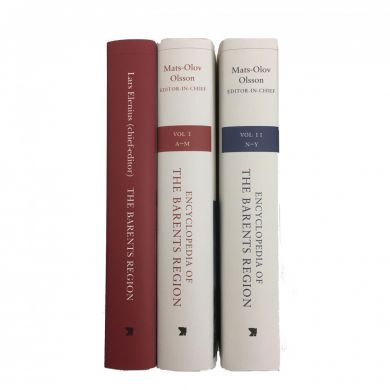 Se flere produktegenskaper
1 199,-
The Barents region comprises the northernmost parts of Norway, Sweden, Finland and Russia. It was established in 1993 as a result of the disintegration of the Soviet Union, and it is also the first macroregion to move beyond the Cold War's Iron Curtain. Six million people live in the Barents Region. The first volume in this comprehensive work, The Barents Region. A Transnational History of Subarctic Northern Europe, provides a research-based history of the Barents Region from 800-2010 written by 27 history researchers from within the thirteenth sub-regions of the Barents Region. It is suitable as a course book in history for students at university level, but also for social sciences and for others interested in the comparative transnational history of northern Russia and northern Scandinavia. The Encyclopedia of the Barents Region, in two subsequent volumes, represent the ultimate guide to the region bridging the gap between Russia and the Nordic countries in
Flere i samme serie
Merk produktene som skal legges i handlekurven
×