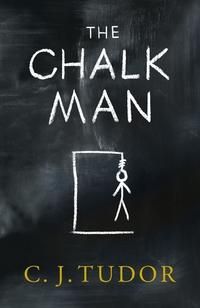 Se flere produktegenskaper
149,-
The Chalk Man is coming. Looking back, it all started on the day of the fair and the terrible accident. When twelve-year-old Eddie first met the Chalk Man. It was the Chalk Man who gave Eddie the idea for the drawings: a way to leave secret messages between his group of friends. And it was fun, to start with, until the figures led them to the body of a young girl. That was thirty years ago and Ed thought the past was behind him. Then he receives a letter containing just two things: a piece of chalk, and a drawing of a stick figure. As history begins to repeat itself, Ed realises the game was never over. Everyone has secrets. Everyone is guilty of something. And children are not always so innocent.
Flere av samme forfatter
×