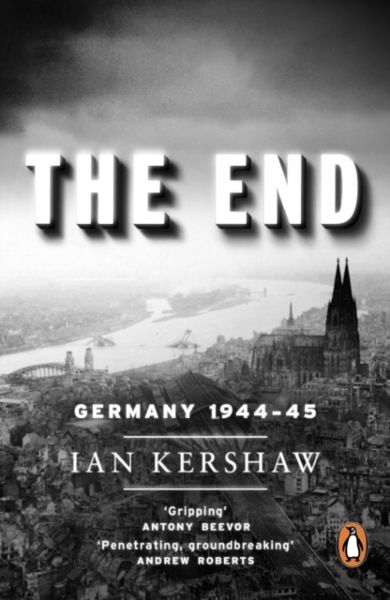 Se flere produktegenskaper
199,-
Ian Kershaw's The End is a gripping, revelatory account of the final months of the Nazi war machine, from the failed attempt to assassinate Hitler in July 1944 to the German surrender in May 1945. In almost every major war there comes a point where defeat looms for one side and its rulers cut a deal with the victors, if only in an attempt to save their own skins. In Hitler's Germany, nothing of this kind happened: in the end the regime had to be stamped out town by town with an almost unprecedented level of brutality. Just what made Germany keep on fighting? Why did its rulers not cut a deal to save their own skins? And why did ordinary people continue to obey the Fuhrer's suicidal orders, with countless Germans executing their own countrymen for desertion or defeatism? Named Book of the Year by the Sunday Times, TLS, Spectator, Sunday Telegraph, Daily Mail and Scotland on Sunday, Ian Kershaw's The End is a searing account that takes us into the heart of the Third Reich's final months, laying bare the fear and fanaticism that drove a nation to destruction. 'Nuanced and sophisticated ... undoubtedly a masterpiece' Mail on Sunday 'Gripping yet scholarly ... the best attempt by far to answer the complex question of why Nazi Germany carried on fighting to total self-destruction' Antony Beevor, Telegraph 'Masterly ... Kershaw's gripping and boldly intelligent work of scholarship ... will surely become the standard account of the Nazi system's terrible final phase' Financial Times 'Brilliant ... utterly terrifying' Sunday Times, Books of the Year Ian Kershaw (b. 1943) was Professor of Modern History at the University of Sheffield from 1989-2008, and is one of the world's leading authorities on Hitler. His books include The 'Hitler Myth', his two volume biography Hitler 1889-1936: Hubris and Hitler 1936-1945: Nemesis, and Fateful Choices: Ten Decisions that Changed the World, 1940-1941. He was knighted in 2002.