The Gates of Rome 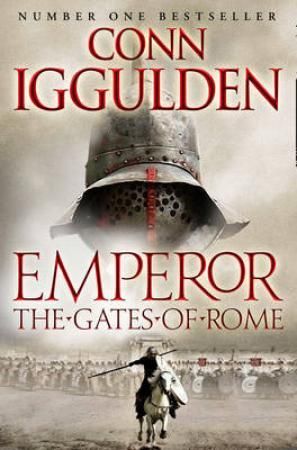 Se flere produktegenskaper
199,-
The ultimate Rome storyFrom the spectacle of gladiatorial combat to the intrigue of the Senate, from the foreign wars that secure the power of the empire to the betrayals that threaten to tear it apart, this is the remarkable story of the man who would become the greatest Roman of them all: Julius Caesar.In the city of Rome, a titanic power struggle is about to shake the Republic to its core. Citizen will fight citizen in a bloody conflict - and Julius Caesar, cutting his teeth in battle, will be in the thick of the action.The first instalment in the bestselling Emperor series.
5 stars
5 av 5 stjerner (68) 5 0 5 68
5 stars
74%
4 stars
22%
3 stars
4%
2 stars
0%
1 stars
0%