The last kids on earth and the nightmare king 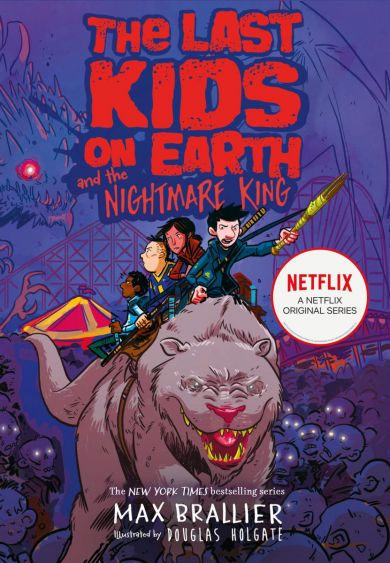 Se flere produktegenskaper
99,-
Wimpy Kid meets The Walking Dead in this hilarious series packed with monsters and zombies.In their third zombie-tastic adventure, Jack Sullivan and his friends June, Quint and Dirk discover that they might not be the last kids on Earth after all . . . And everyone is thrilled - except Jack. Living in a tree house with his best friends, battling monsters and escaping certain death - he's been having the most awesome time of his life. Somehow he's got to persuade his friends that life is perfect just the way it is . . . then they won't leave him.But that's not so easy when there's a new monster hunting them. A monster who's bigger and badder than anything they've come across in the monster zombie apocalypse (AKA Very Big and Very Bad). And he seems to be able to get inside Jack's head. What does the Nightmare King want?The third book in a hilarious monster adventure series. With fresh, funny illustrations on every page,
Flere i samme serie
Merk produktene som skal legges i handlekurven
Flere av samme forfatter
×