Sense of an ending 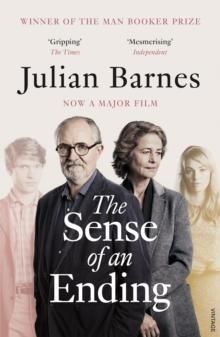 Now a major film starring Academy Award nominees Jim Broadbent (Iris) and Charlotte Rampling (45 Years) Winner of the Man Booker Prize for Fiction in 2011 Tony Webster and his clique first met Adrian Finn at school. Sex-hungry and book-hungry, they would navigate the girl-less sixth form together, trading in affectations, in-jokes, rumour and wit. Maybe Adrian was a little more serious than the others, certainly more intelligent, but they all swore to stay friends for life. Now Tony is retired. He's had a career and a single marriage, a calm divorce. He's certainly never tried to hurt anybody. Memory, though, is imperfect. It can always throw up surprises, as a lawyer's letter is about to prove.
Flere av samme forfatter
×