A game of thrones

book one of A song of ice and fire 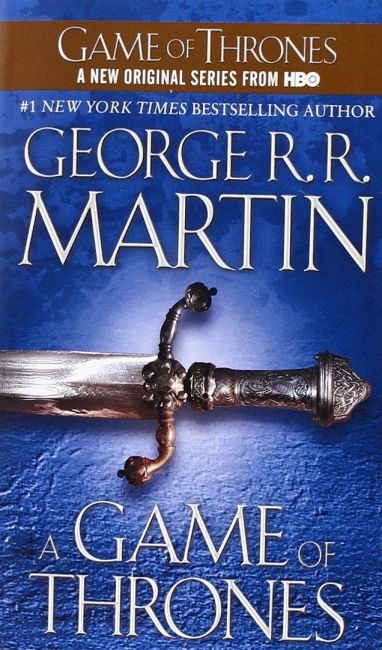 Se flere produktegenskaper
129,-
I De syv riker kjemper bl.a. familiene Baratheon, Stark og Lannister om maktsetet Jerntronen. Spillet om Jerntronen er preget av konspirasjoner, forræderi, grådighet, krig og kjærlighet. Long ago, in a time forgotten, a preternatural event threw the seasons out of balance. In a land where summers can last decades and winters a lifetime, trouble is brewing. The cold is returning, and in the frozen wastes to the north of Winterfell, sinister forces are massing beyond the kingdom's protective Wall. To the south, the king's powers are failing: his most trusted advisor dead under mysterious circumstances and his enemies emerging from the shadows of the throne. At the center of the conflict lie the Starks of Winterfell, a family as harsh and unyielding as the frozen land they were born to. Now Lord Eddard Stark is reluctantly summoned to serve as the king's new Hand, an appointment that threatens to sunder not only his family but the kingdom itself. Sweeping from a harsh land of cold to a s
Flere i samme serie
Merk produktene som skal legges i handlekurven
Flere av samme forfatter
×